We are Energetic Beings Disguised in Physical Form The science of quantum physicists is changing the way we look at reality, with the evidence that everything is energy at the most fundamental levels. That we are energetic beings disguised as disconnected physical forms. We know that thoughts are energy, emotion can be defined as energy in motion, and that the fundamental power of the world is energy in the form of money, oil, and such resources. Try getting out of bed in the morning without energy. Energy drives everything and quantum physics has proven everything is connected at an energetic level.

This dates back to the birth of quantum physics in the early 1900s. When scientists began smashing electrons and other particles in enormous accelerators, they quickly realised the foundations of the physical world weren’t physical at all. It became clear that everything in our body is made of tiny, indivisible units, or quanta, of energy which we call photons.

Quantum entanglement explains how two subatomic particles can be intimately linked to each other even if separated by billions of light-years of space. Despite their vast separation, a change induced in one will affect the other.

The whole material world we see, including our bodies, is 0.0000001% solid and yet we spend most of the day thinking the physical form is seperate reality. Because it is all energy, if we understand how energy either is blocked, which causes disease or flows then we start to understand our true power.

By accepting that everything is energy at the most fundamental level we start to challenge many old false assumptions we had about life. This helps us explain our intuition and how emotions are our most obvious energy expression. Also helping explain the karmic affect of doing good or bad things because it’s all an interconnected pool of energy we called the world and life.

Helping others release self-doubt is what drives me. The tools to help others understand their energy triggers to find the inner knowing and trust which is built around strong Emotional Fitness. To feel connected to a greater power and guided constantly, knowing inside we have all answers for that moment if we need them. Yet equally free to just let go of needing to know to trust and know that the universe has our back.

I am on a mission to empower people to feel total trust in themselves, to feel on purpose and passionate about their path in life. The tools I use as a business mentor and strategy coach are the 1pageplan, intuitive coaching, and energy healing, supported by the HeartQuest Heart Rate Variability monitor to review vitality and well-being.

This is also my story of true freedom and moving from abuse and self-doubt to self-esteem and full self-acceptance. The massive gifts that have resulted from released anger and self-doubt, are why I am driven to help others avoid the same inner self-esteem struggles. To feel empowered, connected, and guided, totally at peace with who we are.

True inner freedom is not being ‘Mr Positive’ in the head as I was for 10 years. That was living the illusion that being safe was to control things so that I did not feel the emotions I did not want or understand. True freedom is to allow the full spectrum of emotions. To know how to benefit from and channel negative emotions. The inner trust without judgment that any situation is feedback, along the journey of total self-acceptance, empowered to be able to feel guided to handle anything. The Brilliance and Anger of Nick Kyrgios

The brilliance and anger of Nick KyrgiosI am watching the Wimbleton 2022 Grand Slam final with Nick Kyrgios playing against who is probably the greatest tennis player of all time Novak Djokovic. This match has everything yet the one constant is pressure and this match...

END_OF_DOCUMENT_TOKEN_TO_BE_REPLACED 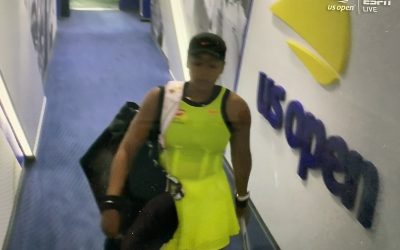 How to benefit from Anger in Tennis

How to Benefit from Anger in Tennis unlike Naomi OsakaWhat occurred was that when she served she did it very quickly taking only about three seconds, rather than as the commentators said, she normally takes a lot longer. She also looked tense, like she was still...

END_OF_DOCUMENT_TOKEN_TO_BE_REPLACED A Fun Interview by Rana Alfalaki

It was a delight to be interviewed by Rana AlFalaki for Episode 7 of her Podcast Be Free Be Fm Be Fearless. She has a fun style as we explore Emotional Fitness and the journey driving this huge passion. Nice timing that this came out the same week I start my new...

END_OF_DOCUMENT_TOKEN_TO_BE_REPLACED 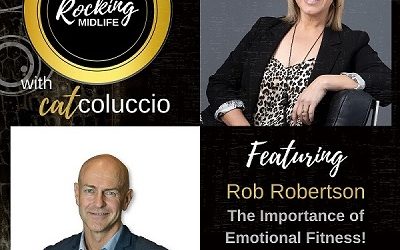 “Emotional Fitness is like a muscle. If we don't use a muscle, then we don’t have the benefit if its full capacity and range of movement.” ~ Rob Robertson  It was such a pleasure to be interviewed by Cat Collucio as her Podcast guest. She starts by explaining...

END_OF_DOCUMENT_TOKEN_TO_BE_REPLACED This article by Rob Robertson is a chapter published in the Entrepreneur X-Factor Book, sharing three important X-Factor Leadership ingredients. I still clearly recall the huge shock I got, and the emotion I felt on 31 January 2002. It was a group meditation exercise...

END_OF_DOCUMENT_TOKEN_TO_BE_REPLACED What is the meaning of life and Society 6.0

What is the meaning of life and society 6.0The purpose and meaning of life is a huge question and COVID-19 has forced many people to ask this powerful question. I believe our objective in life is to find complete acceptance of who we are, to be fully content inside. ...

What Our Clients Say

Below are some client comments after working with Rob Robertson.

“Rob provides his clients support and encouragement to get clarity on their goals and intentions, and then delivers strategies to help make them happen. He goes above and beyond to ensure his clients succeed! Highly recommended.”

“While seeking help on gaining clarity around the type of leader and role model I should focus on becoming, I hired Rob to coach me through reaching the next level in my career.

He worked with enthusiastic energy, while constantly demonstrating his expert knowledge in both personal and business professional development. I stepped up in both areas of my life and he succeeded in teaching me the highly effective habits of successful people. I still use these in my daily life today.

I would recommend Rob to anyone who is looking to step up and step out and needs a strong and confident guide to light the way. ”

“Rob offered his valuable to time to assist me with strategic thinking around my personal management of business challenges. His style is very easy going and non-judgemental and he provides some useful tools for narrowing your focus on key issues. Leadership can be tough at times and there can be big expectations on personal performance which flows into team performance. Ultimately the answers are often within yourself and Rob can help you draw these out.”

Rob has an innate ability to extract what is in your head, put it down on paper and get it to make sense in a way that is motivating and inspiring. The processes that Rob provided us with provided clarity for us and our team. We hope to work with Rob again in the future.”

Book a time for a FREE introduction call or if you are considering coaching then we offer a FREE trial coaching session. Either for Executive Coaching or Emotional Fitness Coaching, simply select a 1-hour time slot from the calendar link below.